Version 3.0 of VRTool Sidekick brings much of the
charting features of VRTool desktop to mobile devices.

Note: For virtual sailors, the input of positions
by typing on keyboard was simplified.
Add coordinates lat/lon in format gg mm ss.
The point is added to a track named 'POINTS'
and is also set as starting point of the next
run of the route optimizer (see below).

Route optimization
------------------
After typing the position, open the
Weather Routing module from the main menu.
The Starting position is already set.
Click the Dest [+] button and point route destination
in the chart.

Other WR config
- Calculation length in hours ( 12h up to 144h )
- Point Density ( select low res for slower phones )
- Collision detection. Set "on" if route is near terrain.

If no wind forecasts is present, a new forecast grib
is downloaded to cover the planned route area.
The default wind forecast is limited to a
30x30 deg in lat/lon.

Make sure the wind grid contains the starting point
and the best part of the route you are planning.

Click [Go] again to continue. The calculation takes
a few minutes, depending on the parameters you choose.

Note for iphone users. Sometimes the iphone OS terminates
apps that consume 80% cpu form more than 3 minutes.
To avoid that problem, the program pauses the calculation peridicaly.
This seems to help, however I'm not sure all devices
will behave the same way. If the app terminates during
a long calculation, try again will less demanding parameters.

A feature present since version 2.5, the Polar Editor
is an interactive way to customize the
boat speed x wind speed charts (aka polar chart)
Click the pencil button in the
polar chart tab to edit your curves.
Working on these curves for your boat
is important to achieve good results with
route optimization and design.

For wind forecast, the app uses NOAA GFS resolution 1 degree.
Updated each 6h. Raw GFS data is provided, so it may not match
virtual sailing games.

For Android the app is available from Google Play as an unreleased app (i.e. a Beta test)

Go to https://play.google.com/store/apps/deta ... olSidekick
I have only one Android test phone here and the app is not running so good

But it works well on a Samsung Tab 3 tablet, so there is hope 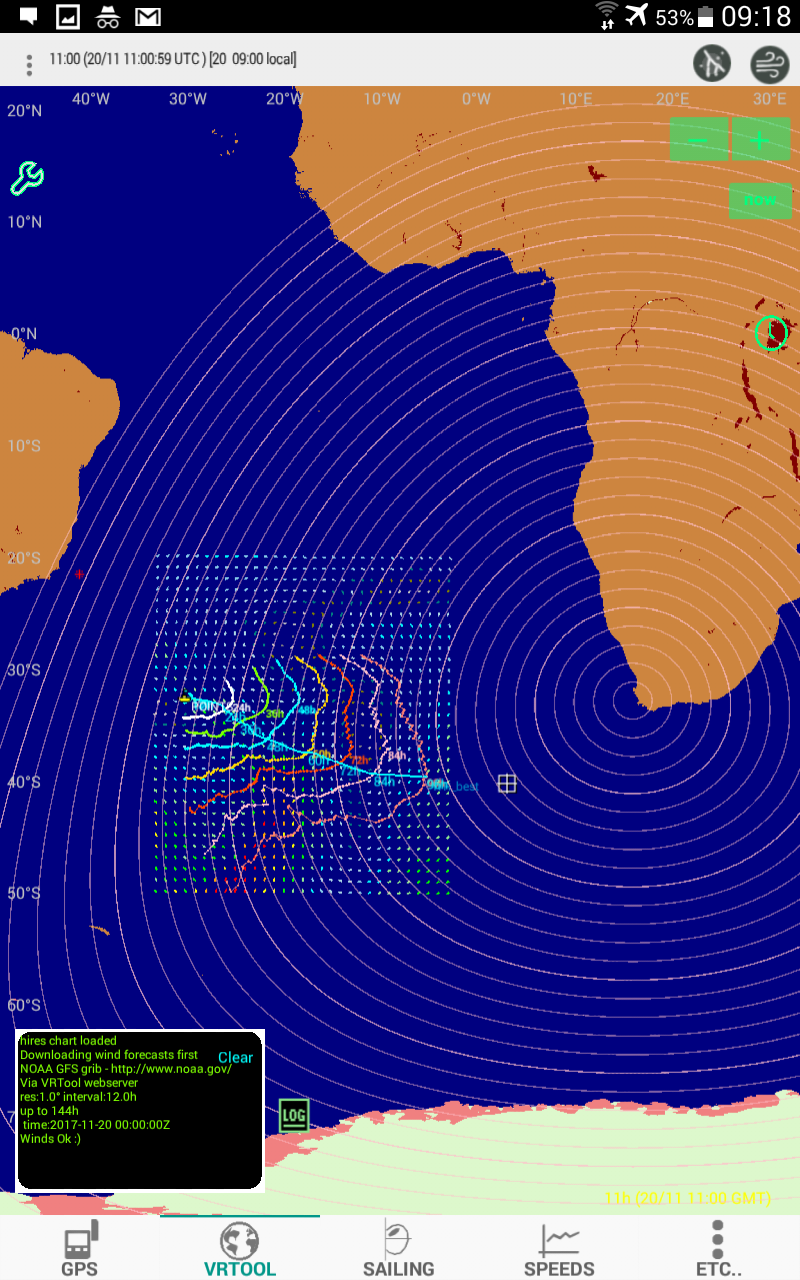 Another version for iOS and Android

Note for iphone users: On older phones (i.e. less memory and
CPU power ) the program sometimes is terminated by
the OS for using too much CPU cycles ( 80% CPU for 180 seconds)

To avoid this problem:
- keep weather routing parameters light
- allow for the initialization to complete before
downloading the wind grid and starting weather routing